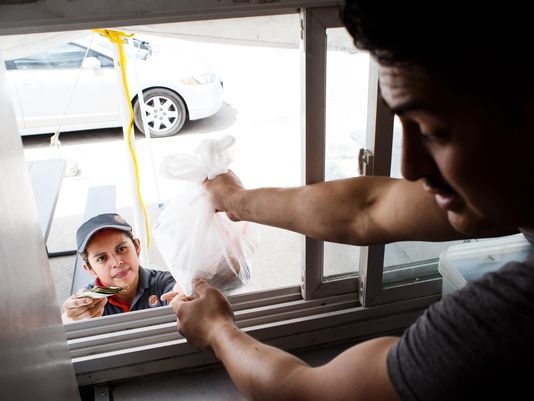 The powers representing the city of Des Moines just keep showing their double standards about whose food, whose art, and whose cultures are worth protecting. And minority and low-income people, whether youth, businesses, or simply civilians, keep drawing the short end of the stick.

The preferential treatment shown to the trendy new food trucks operating downtown over the older, primarily Mexican mobile vendors elsewhere is as glaring as it is offensive. The City Council is planning to vote June 13 on yet another measure to tighten the screws on the taco trucks stationed around the city. They would be required to shut down every night at 10:30 p.m. instead of the current 1:30 a.m. The food trucks downtown, which cater mostly to millennials, could remain open until 1:30 a.m.

Why the distinction? City leaders say the neighborhoods where the taco trucks are located need protection from noise and trash. But if the city is doing its job properly and enforcing the existing municipal law, that shouldn’t be necessary. The ordinance governing mobile vendors already cites the city noise control ordinance and forbids mobile vendors from violating it by “shouting or raised voice.”

Is this really a problem? The ones I’ve bought from are all responsible and soft-spoken.

Also proposed is a yearly $550 assessment on those people or businesses on whose property the neighborhood food trucks are parked. That would most likely be passed onto the vendors, who already pay $550 a year for a license on top of insurance, taxes and their rent (which could be as much as the license fee). The mobile vendor ordinance already requires the food trucks to provide trash receptacles and to clear out the trash every night. They are also required to move every night after closing, to provide bathroom access, and to not set up tables, chairs or signs.

Whatever the merits of any change to the law, it should apply equally to all mobile food truck vendors. The city has no business playing favorites. While the downtown food trucks get free advertising in the city manager’s newsletter, and streets are closed off for their festivals, the taco trucks get more regulations and dismissive characterizations. While the city puts the squeeze on the latter, it’s planning to extend the former into city parks, and even grant permits to pushcart vendors. 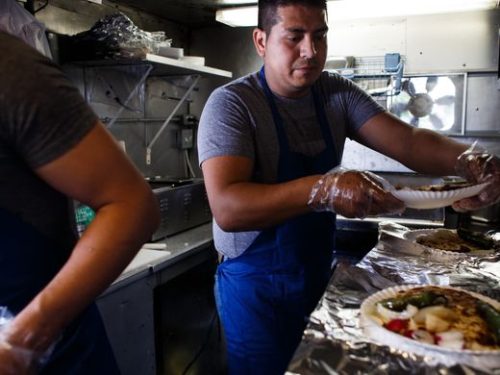 This is nothing new. The city has been trying to drive taco trucks away since 2008, when then-City Council member Brian Meyer, now a Democratic state representative, pushed for a city ordinance charging them a $50 license fee for every three days of selling, with a required 10-day gap in between each period. The issue was a key factor in Meyer’s election to the south-side council seat. However, Meyer saw the value of relaxing some restrictions when the downtown food truck program was proposed in 2013. There are now four designated mobile vendor zones in downtown. City officials have thrown their support behind them since launching the pilot program last spring.

“Food trucks have won an extended welcome,” reads the headline on a story last year, when the City Council voted to extend the pilot program by three months and then vote on a permanent ordinance allowing them in the four downtown locations. And with good reason: A food-truck festival that draws 10,000 people downtown and generates some $115,000 in revenue for vendors is something to be celebrated. It’s exciting to see Des Moines catching up with a craze that many other cities have long embraced.

But why let that be at the expense of the other mobile vendors? Is it to protect the downtown trucks from competition? The tightened restrictions on taco trucks in 2008 were justified either on the grounds that they posed  competition to “brick and mortar” restaurants or that they were somehow a nuisance. But there’s room for both types of vendors and clients, and it’s not the city’s job to block competition. 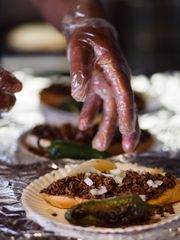 Or could it be that their clients, primarily Latino families of modest means, are considered less desirable than the young professionals flocking to the downtown? Shouldn’t city leaders be supporting all of these small businesses trying to make a living, and providing people with quick, healthy meal options at affordable prices?

Like the recent painting over of a public mural by students of color celebrating their heritage and heroes, this is another reflection of a culturally biased mindset. Des Moines residents should not allow that mentality to prevail. The City Council invited vendors who may be affected by the proposed changes to a public meeting last week. The taco truck owners need your help and your voice defending their livelihoods and their customers against more roadblocks.