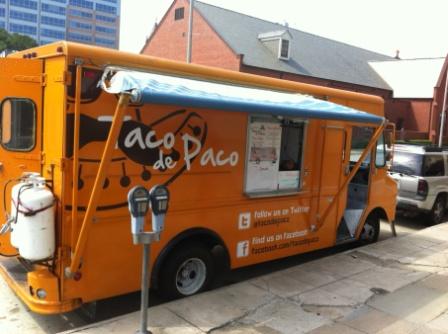 BATON ROUGE, LA (WAFB) – A vote by the Baton Rouge Metro Council could change your upcoming lunch plans. Councilman “Smokie” Bourgeois wants the owners of those lunch food trucks, to get written permission from property owners where they plan to park. But the truck owners say that’s something they already do, and this unnecessary ordinance could lead to more rules.

Parked on Florida and Fourth, you’ll find Taco de Paco serving up warm tortillas. Aaron Brown says business has really started to pick up as more people venture outside their offices. “This is kind of like an okay spot. Around Fourth and Spanish Town is a good spot for us. Its just Baton Rouge doesn’t have a lot of heavy foot traffic, hard to go to where all people are,” said Brown.

Now, Brown and the rest of the food truck family say someone is trying to make their job of serving a little more difficult.

East Baton Rouge Councilman “Smokie” Bourgeois says he is hoping the council will pass an ordinance saying these lunch trucks need to have written permission from owners of the properties where they park to give the property owners more protection.

“Say somebody slips on a piece of tomato somebody dropped or something. This is a sue society. You know you gonna get a lawsuit,” Bourgeois said.

But Brown says his company already gets that permission.

“Basically just talk through emails with all our businesses we go to. Tell us come, what days and we go,” Brown said.

If the trucks park downtown, they simply feed the meter.

Some have said Councilman Bourgeois is trying to make things difficult for the trucks because he owns some restaurants and sees them as competition. Bourgeois says competition is not the issue that he is concerned with. He says he does not want the trucks on private property without permission.

Brown says when he first started, they did park around restaurants. But after the restaurants complained, they found other places to go.

If the council passes this ordinance it would also block them from parking where their service window is facing the street. Something they truck owners say they do not do.