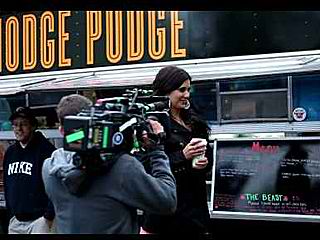 Cleveland’s Hodge Podge food truck and its brand of comfort food have made it to the finale of Food Network’s “The Great Food Truck Race,” according to rampant tweets and Face Book posts.

Hodge Podge is the new venture of Dim and Den Sum owner Chris Hodgson. During the competition’s last stop in Miami this weekend, he will likely dish up steak and chicken and waffle sandwiches, along with the “Hodge Podge Dog” in a bid for the $100,000 prize.

Hodge Podge is up against Orange County, California’s Lime truck and its Asian- infused, Cali beach cuisine. The two trucks have eliminated six others during stops in Santa Monica, Las Vegas, Denver, Kansas, Memphis, and Atlanta.

The second season of “The Great Food Truck Race” won’t air until August so if anyone becomes privy to which truck wins this weekend, let us know.

Meanwhile, video of what the Food Network producer assigned to Hodge Podge told Atlanta’s 11 Alive news after the jump.