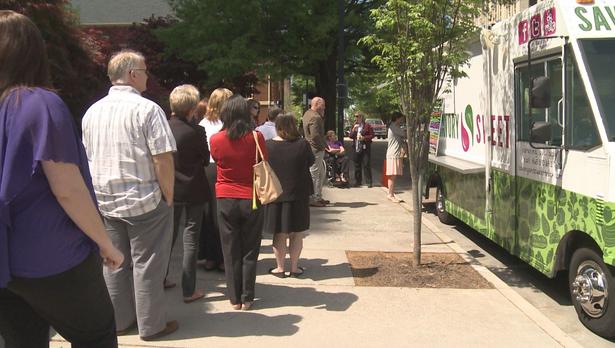 Folks were lined up down the block to get lunch at the Savory and Sweet food truck parked in zone one, which is at Main and Locust Streets in front of Bank of America.

Savory and Sweet is the first to join Knoxville’s food truck pilot program. The city says other vendors are working on getting a permit.

The newest option in downtown Knoxville dining rolls out Thursday. The City of Knoxville says the Savory and Sweet truck is the first to join the city’s food truck pilot program.

The owners posted a photo on their Facebook page showing off their new permit.

They plan to set up starting at 11 a.m. in zone one at Main Street and Locust Street in front of the Bank of America.

The city says Savory and Sweet is the only food truck that’s applied so far for the pilot program, but they know of several other vendors working on getting their permits.