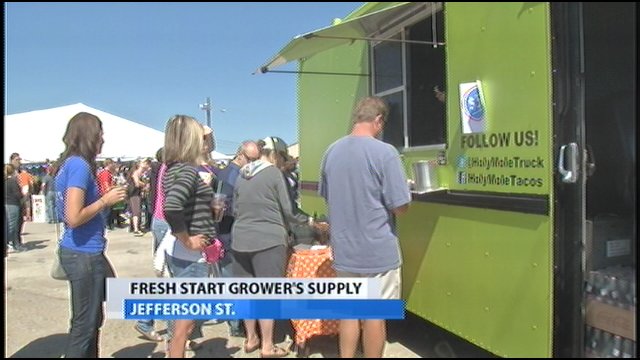 About 200 people showed up this block party at Fresh Start Grower’s Supply at Jefferson and Baxter.

The owner threw a block party in June and had an overwhelming response. He promoted it through facebook and felt it was a great way to bring people together with several food trucks.

“They are funky and fun. It’s not like state fair food. They are little more gourmet. We have a vegan truck, gourmet grilled cheese. We have San Diego sandwiches,” says Fresh Start Grower’s Supply Owner Steven Paradis.

The owner says the long lines at each truck signal that Louisville is ready for food trucks.