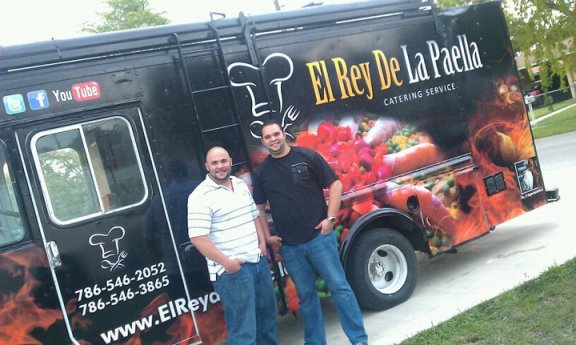 Paella, the slow-cooked aromatic dish of seafood, meat, rice and saffron, could possibly be what Valencia, Spain is best known for. Problem with paella, is that it can be pricy and is mostly served for two (leaving singles out in the cold).

El Rey De La Paella, the newest truck to hit the streets, has solved this dilemma by introducing delicious, traditional paellas at an affordable food-truck price.