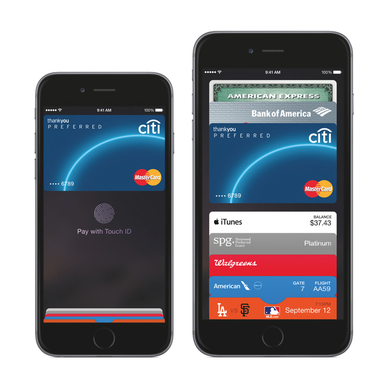 Missing from the ranks of businesses that accept Apple Pay are small retailers like food trucks and local coffee shops that may lack the capital to invest in sales terminals for accepting mobile payments.

Starting in September, Apple will start selling an updated version of the PayAnywhere mobile credit card reader, developed by North American Bancard. The device plugs into iPhones and iPads and will allow retailers to accept payments made with Apple Pay as well as other mobile wallets that use near field communication (NFC) technology to carry out transactions.

Competing contactless payment systems that use NFC include Android Pay, which is expected to launch soon, and Samsung Pay, which comes to the U.S. on Sept. 28.

The device hasn’t been tested with either Android Pay or Samsung Pay yet, but does work with Google Wallet, a PayAnywhere representative said in an email. With the arrival of Android Pay, however, Google Wallet is becoming a money transfer service.

PayAnywhere, which will cost $39.95, also has a magnetic strip reader, allowing the device to work with traditional credit cards.

The exact date PayAnywhere goes on sale in Apple’s retail stores and online wasn’t provided. Apple is the exclusive retailer of the newest version of PayAnywhere, but the device is already sold in other stores. It is unclear if the arrangement with Apple will affect PayAnywhere’s existing availability.

Other versions of PayAnywhere work with Android smartphones and tablets. The model announced Thursday will support Android tablets in five to six weeks, PayAnywhere said, but the company did not mention smartphone compatibility.

The device will be sold in the U.S., at least for the immediate future, according to a news release. PayAnywhere didn’t mention international merchants.

To accept Apple Pay transactions, retailers need credit card terminals that work with NFC technology. However, the expense of purchasing new systems has soured some stores on accepting mobile payments.

By comparison, mobile credit card readers plug into the headphone jack on smartphones and tablets, effectively turning the device into a cash register. Using mobile devices as point-of-sale systems can potentially offer small and medium-sized businesses an affordable way to accept contactless payments.