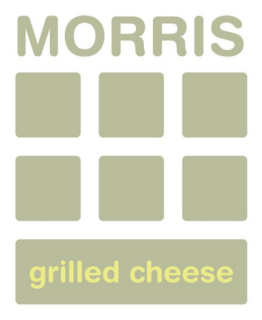 Last November, when Michael Jacober hatched the idea of a grilled cheese truck, he didn’t realize that a few other people had the same idea. “We’re going to be the third,” he says. “It’s instant grilled cheese competition. It should be exciting.”

When Jacober’s Morris Grilled Cheese Truck takes to the road in late May (if all goes according to schedule) it will join the Milk Truck and Gorilla Cheese NYC in vying for melted dairy supremacy. Named after Jacober’s great-grandfather, a Russian immigrant who drove a produce and meat truck, Morris will feature six varieties of grilled cheese that will rotate on a weekly basis.

“We’ll always have a classic bread and cheese,” he says, while other options will include combinations like pork and gouda, a cheese blend featuring herb-marinated boucheron, and, for dessert, a ricotta sandwich dipped in maple syrup. Jacober is buying his bread from Grandaisy, Balthazar, and Orwasher’s, and his cheese from Saxelby and Murray’s. He’s also planning to do soups, a variety of dipping sauces and “a lot of different hot sauces,” and eventually wants to do his own pickling. “I just want to make really good sandwiches with no frills,” he says.

Jacober’s affinity for a constantly changing, “super seasonal” menu developed while he worked the back station at Franny’s; previously, he cooked in Paris, externed at Per Se, and worked at Annisa and Insieme, where “Marco [Canora] beat me into shape and taught me how to cook pasta.” He’s also a musician, and spent the last year touring with his band, Fang Island, before realizing he “missed the food business.” Jacober initially planned to do a pasta truck, but changed his mind after concluding that “pasta wasn’t street food.”

Jacober plans to be in Manhattan during the day, possibly hitting Soho and Midtown for lunch, and in Brooklyn at night – right now, he’s thinking about Williamsburg for dinner. And while his truck will be peddling wholesome, “good American street food,” its past incarnation was a bit less salubrious. “It was a NYPD paddy wagon,” he says, laughing. “When I got it, it had all these metal bars for handcuffs.”