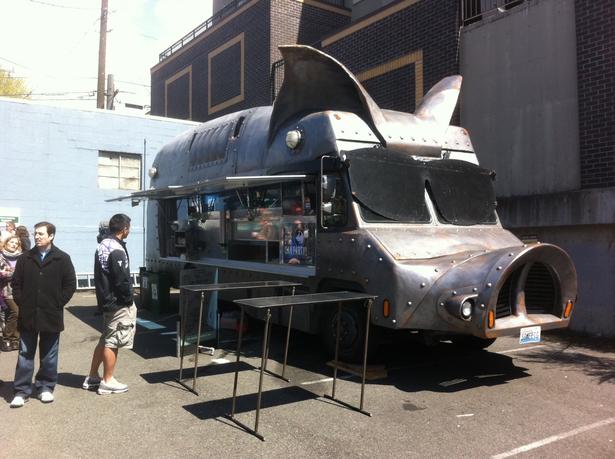 Unlike our neighbors to the south in Portland, Seattle has not historically been known as a hub for delectable street food.

But things appear to be changing in the Emerald City, as evidenced by this weekend’s food truck party on Capitol Hill.

The Saturday event, which was sponsored by the Elliott Bay Book Company and the Hugo House, brought three of the area’s finest mobile kitchens to Capitol Hill in celebration of author Heather Shouse’s new book, “Food Trucks: Dispatches and Recipes from the Best Kitchens on Wheels.”

Among the vendors in attendance were Maximus Minimus, a roving “pigmobile” that serves some of the best grilled and pulled pork sandwiches in the city, and Skillet, which is known for its hamburgers and poutine.

Judging by the number of people sitting on nearby curbs as they devoured hamburgers, asparagus risotto and sandwiches, the day was a success.