At first, they were a novelty.

Food trucks as we know them today popped up around the District in early 2009, when the Fojol Brothers drove out of fictional Merlindia (a land that bore a vague culinary resemblance to India, but with more timid flavors, and that took its sometimes swagger-jacking aesthetic cues from carnival nostalgia) to serve the crowds in town for President Barack Obama’s inauguration. Until then, tiny carts hawking hot dogs and the odd seasonal ice cream wagon were about as portable as D.C.’s food got. The new generation of trucks changed that: Instead of going to the cart on the corner because it had been on that corner every day for years and potato chips only cost 50 cents, the lunch rush suddenly involved tracking favorite trucks on Twitter and asking them to come by your corner of the city. Or visiting a new truck on Friday with some strange new hybrid concept that you couldn’t have imagined on Tuesday.

Eating truck food is different, somehow, from getting salad or Chinese food by the pound at a downtown lunch buffet, or from browsing the daily sandwich selection at the nearest fast casual chain. With bigger groups and no tray to hold, the eavesdropping is sometimes better; outside, the omnipresent ID badges don’t seem as dour a reminder of the afternoon work hours ahead. Everyone might have a favorite, but since trucks don’t stick to the same spots every day, trying something new is pretty easy—variety, it turns out, really is the spice of life, at least when it comes to a $9 lunch.

Not that long after they first popped up, food trucks have gone from novelty to institution, becoming as much a part of the firmament of downtown D.C.’s squares as a statue of a dead general. Finding a truck to grab lunch from no longer involves a frantic scan of Twitter lists; it’s as easy as opening an iPhone app or walking down the block. They’ve gotten more like their brick-and-mortar cousins, both in culinary aim and in price: Shock over the Red Hook Lobster Pound’s $15 lobster roll turned into resignation—and anticipation—for the $20 pepito de iberico from José Andrés’ truck Pepe.

These last few years, though, may prove to have been the glory days of D.C.’s mobile dining. New regulations, some truck operators say, will send some longtime District favorites to Virginia, or Maryland, or out of business altogether. Before it all changes, Washington City Paper sets out this week to chronicle food truck culture in D.C. today: How do trucks pick their spots? Which apps won’t send you wandering for your whole lunch break to find your favorite vendor? What will the new rules mean, exactly? We also have an entirely unscientific survey of food truck customers, a look at the most expensive things you can buy from D.C. food trucks, a reported cartoon on what running one is like, and a flowchart to help you decide which truck is for you.

We’ve got everything you need for lunch, basically, except the food. But you know where to find that. 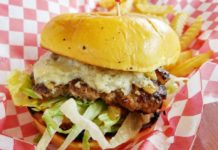 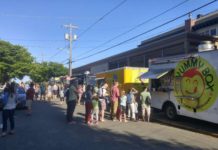 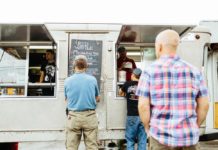