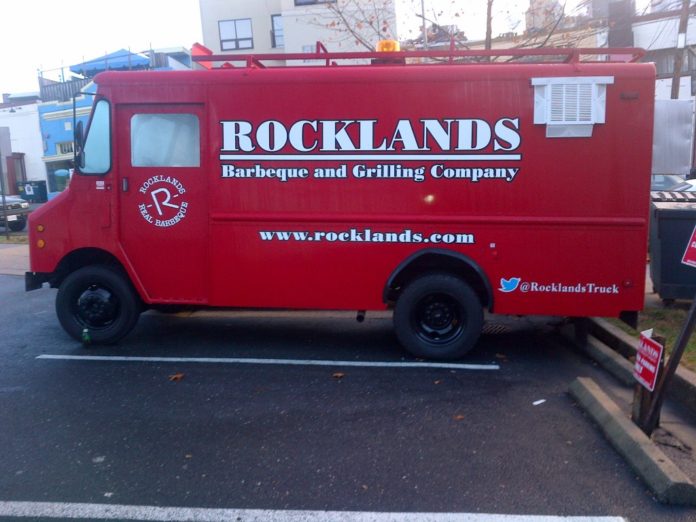 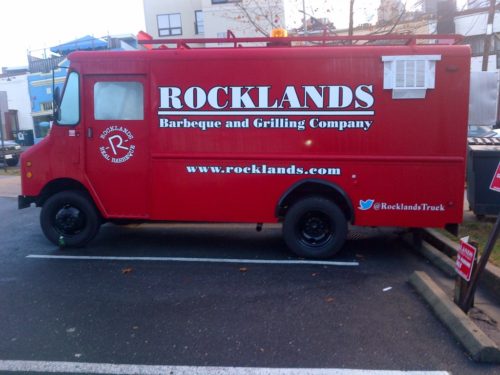 After 22 years and four brick-and-mortar locations, Rocklands Barbeque and Grilling Company has launched a food truck.

Food Truck Fiesta reported a rumor about the truck yesterday, and ownerJohn Snedden confirms to Y&H that the truck’s first official day is today.

Snedden says he’s been thinking about operating a food truck for years, but recent travels to Austin, where there are more than 1,000 food trucks, convinced him mobile vending is not a fad. He says the truck, which will roam the streets of D.C., will also help the barbecue joint accommodate a lot more catering and fundraising events.

On the menu, you’ll find wood-smoked barbecue pork and pulled  barbecue chicken as well as sausage with peppers and onions and the “double dog” with grilled all-beef sausages topped with bacon and chili. Instead of a Martin’s potato roll, the truck will serve a longer roll that will make it easier to eat the sandwiches on a park bench or on the go.

Sides, which can be added to platter options, will include a rotating selection of potato salad, mac and cheese, slow baked beans, cole slaw, and more. Snedden says no platter is more than $10.

Fans of the D.C. location in Glover Park might also recognize one of the faces operating the truck. Tonyo Mejia has been with the company for 14 years. Today the truck is at 17th and I streets NW. Follow it at @rocklandstruck.