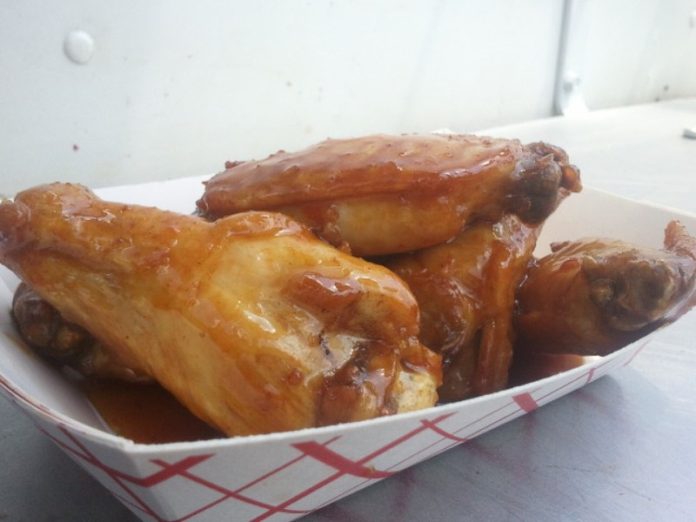 It seems like The Modular has only been around for a minute or two — the food trailer hit the streets of Houston a mere two months ago — but it’s already begat a food truck empire.

On Tuesday, Modular owner Josh Martinez debuted Party Fowl, a second food truck dedicated to chicken wings, with stops at Catalina Coffee, Liberty Station and Fitzgerald’s. Martinez says he didn’t plan to start multiple trucks so soon, but the opportunity to buy the truck came up suddenly and it was too good a deal to pass up.

“I wanted something to do more fun type of stuff,” Martinez says. “The Modular is more like a restaurant on wheels.”

Martinez is set to serve wings to football fans throughout the fall, hanging out at Mugsy’s on Saturdays and in the Reliant Station parking lot for Texans home games. Party Fowl will also set up at weekday stations and do special events.

With burgers, tacos, and chicken wings now all represented, Houston needs only a pizza food truck to complete the drunk food pantheon on wheels. Are you digging the chicken wing scene?

Houston, TX: Food Truck Friday – Sticky’s Chicken will have you Licking your Fingers!