By Sarah Meehan  | The Baltimore Sun 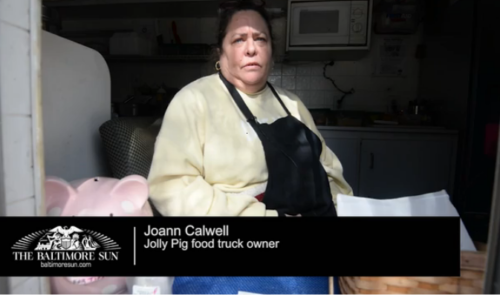 If Dave Pulford wanted to serve sliders from his food truck anywhere in Maryland, he would have to obtain 24 licenses — one for each of the state’s counties and Baltimore City. A new bill in the General Assembly would mean he would only need one to operate across the state.

Pulford, owner of the Upslidedown Dave food truck and president of the Maryland Mobile Food Vending Association, is one of the major proponents behind a piece of legislation that would streamline the process by which food trucks are licensed. Instead of requiring the trucks to be licensed separately in every county where they operate, it would only require food trucks to be licensed and inspected once in one jurisdiction to operate throughout the state.

It’s a measure food truck operators say would save them time and thousands of dollars annually, and one that could aid in growing the sector, which has ballooned during the past few years from just a handful of trucks to more than 300, Pulford estimates. But several local health departments worry changing the licensing process would adversely affect food inspection.

As it’s written, the bill would allow health departments in any jurisdiction to inspect food trucks, regardless of where they are licensed, and report findings to the trucks’ home counties. There’s no guidance as to what happens if inspectors outside a truck’s home county find violations, though. 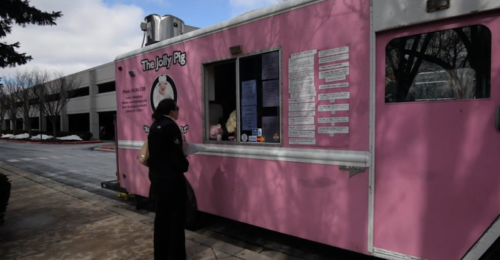 “We have a right under this law to do inspections, but the disconnect will be if we find an issue,” said Bert Nixon, director of Howard County’s Bureau of Environmental Health Services. “Right now there’s no mechanism that I see that allows us to handle that, so it’s unclear what the ramifications would be.”

Nixon, who is also a member of the Maryland Conference of Local Environmental Health Directors, said it’s possible that the inspection process could be standardized across the state — something the his group did for septic haulers, who were also inspected county-by-county. That process took a couple of years to streamline.

“There’s a variety of different nuances that make it a challenge to do,” Nixon said, noting some counties have different priorities when it comes to inspections, although they’re operating under the same law. “I think there’s some good intent, but it’s a difficult process to kind of work through all of those details, if you will, and then come up with a process that’s consistent as you would like it to be.”

Monique Lyle, a spokeswoman for the Baltimore County Department of Health and Human Services, said in an email her department feels the bill would adversely affect food inspection because counties would no longer know which food trucks were operating within their borders. She added it would compromise the accountability of the owners and “allow such facilities to pay the least costly license.”

Pulford said the bill isn’t about skirting inspections. “We’re not trying to do that by any stretch of the imagination,” he said.

The intent is to save food truck owners time and money. License and permitting fees vary from county to county, but Pulford said it costs about $1,000 per county per year. Each health department inspection, though it lasts only two hours, takes Pulford’s truck off the road for the day — another cost. The inspections are typically conducted in the morning, during time he would otherwise be prepping food. By the time the inspection is complete, around 11 a.m., it’s already lunch time, so he’s unable to serve customers for the day.

“It’s just cumbersome to have to go through all that,” said Joann Calwell, who owns the Jolly Pig food truck. “It’s not just the money; it’s the time.”

The change would level the playing field with restaurants who provide catering — restaurants are licensed at their brick-and-mortar location but allowed to cater across the state. Neither the Restaurant Association of Maryland nor the Baltimore City Health Department has taken a position on the bill.

“We all are subject to the same health department rules as a brick-and-mortar restaurant,” Calwell said.

She has licenses to operate in Baltimore City and Baltimore, Howard and Anne Arundel counties, and she mostly operates at the invitation of private property managers in office parks, instead of setting up on the street.

The Maryland Mobile Food Vending Association represents about 50 food trucks, a fraction of the state’s food truck population. There are 72 licensed trucks in Baltimore City alone, and Pulford estimates there are more than 300 food trucks statewide.

Streamlining licensing would help the food truck segment grow and help existing operators expand their businesses, Pulford said. He’s a perfect example of an existing operator who stands to benefit from the change. Pulford is currently licensed in Baltimore City, Howard County and Montgomery County, but he’s held back on adding Baltimore County and Anne Arundel County because of the costs associated with doing business there, about $3,000 annually for licenses and permits, he estimates.

The bill, drafted by Del. Warren Miller (R-Howard and Carroll), has a hearing in the Senate Finance Committee at 1 p.m. Feb. 11. A hearing in the House Health and Government Operations Committee had not been scheduled as of press time.

“The current regulations can be a barrier to these food truck guys,” Miller said. “I think it’s a good pro-business bill.”

Sen. Gail Bates (R-Howard and Carroll), who sponsored the bill in the Senate, agreed.

“They can operate in multiple counties but they shouldn’t have to be licensed in all of those counties,” she said. “It just removes another burden.”