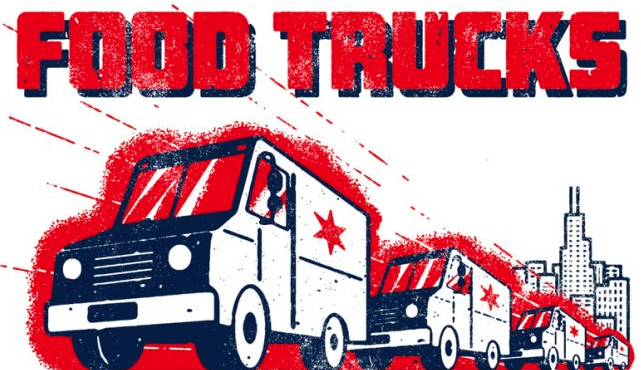 When you hear the phrase “burdensome regulations,” what comes to mind? The U. S. EPA’s endless list of red-tape and hefty compliance costs? The thousands of pages of onerous regulations contained in the Affordable Care Act?

Especially in business, regulatory burdens are synonymous with federal agencies; yet, for small businesses and independent citizens, some of the most oppressive regulations originate at the local level.

This week, the Birmingham City Council passed an ordinance that establishes a general operating permit fee for food trucks, creates “food zones” where trucks can set up, requires that the trucks be parked at least 150 feet from existing restaurants, and limits the hours of truck operation from 6:00 a.m. to 6:00 p.m. with some exceptions.

The proposed regulations were first considered by the Council in 2012 after downtown restaurant owners complained that the trucks were taking their parking spots and their customers without paying the same taxes or bearing the high operating costs of a traditional restaurant.

The tension between traditional restaurants and food trucks is not unique to Birmingham as several major cities, including Washington, D.C., Atlanta, and Chicago, have publicly grappled with the issue. The regulations proved to be costly for some cities as food truck owners have pursued litigation, racking up high legal bills for the city and often ending in full repeal of the ordinances in question.

For instance, in 2012, Monrovia, CA was sued by a local food truck association over ordinances that restricted where the trucks could operate and park. The city ultimately repealed the regulations and settled with the association for $215,000. In June, a Chicago judge denied the city’s motion to dismiss a suit brought by three food truck owners over a regulation similar to Birmingham’s requiring food trucks to park at least 200 feet from any fixed business that serves food.

The debate has drawn enormous attention from groups across the country dedicated to the preservation of economic liberty, as the issue challenges free-market principles in their most basic form. The oft-heard argument from brick-and-mortar restaurant owners is that it’s the local government’s job to protect them from competition created by food truck vendors. These restaurant owners want to “level the playing field” through higher taxes and more stringent permits, as well as stricter operating regulations for food truck vendors.

But is this the rightful role of government? Is it even constitutional? Are we comfortable with a City Council choosing which method of doing business in the food industry is preferable?

In the free market, the consumer ultimately decides which businesses stay open and which ones close. If a hungry customer on the go in downtown Birmingham wants a gourmet meal, he may choose to get in line at a food truck. Another customer who wants to be served a three-course meal in a comfortable booth will opt for a brick-and-mortar restaurant. If there are enough customers eating in downtown Birmingham to support both, they will all stay in business. If not, business owners will adjust their menus, prices, or locations to stay in the market or they’ll close. When competition results in a reduction of market share, producers must adapt to the new market. Instead of adapting, existing fixed restaurants petitioned the city for restrictive regulations on their mobile competitors.

Birmingham has taken some great strides to revitalize the downtown area, improving its appeal to businesses and consumers alike. As Regions Field, Railroad Park, and downtown’s loft district draw new crowds to the area, they are greeted by the entrepreneurship of local breweries, food trucks, and even pop-up shops. In fact, a food truck event at Railroad Park earlier this fall brought in an estimated 10,000 attendees.

Locally owned businesses, both traditional and non-traditional, are driving Birmingham’s comeback. The City Council should get out of the way and let the free market continue to propel our city forward.