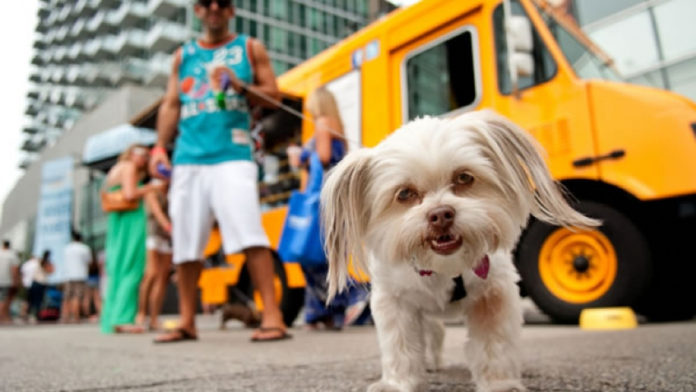 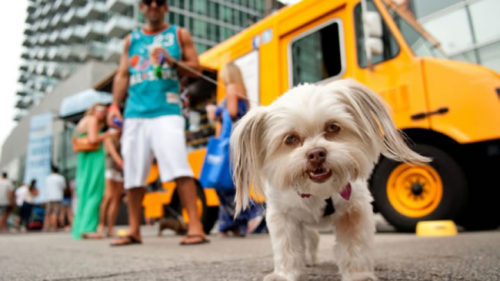 So America has been on the path to Hell now for quite some time, no one disputes that. What with our dogs and our food trucks and the whole menagerie of Things, we’re clearly on the road to ruin. Now, though, the two Things of dogs and food trucks have now combined, to make a Dog Food Truck.

I was pretty sure this was one of those New York-only Ridiculous Things that only New York Ridiculous People patronize and enjoy, but it looks like I am in the wrong. For this, my friends, is spreading around the nation, according to NBC News:

Food trucks for dogs are rolling through a growing number of cities, selling canine versions of cookies, ice cream and other treats. Paying $3 for doggie ice cream (dogs can have trouble digesting the real thing) might seem like a silly indulgence, but owners of these food trucks say they’re hardly begging for business.

The Nuchas truck is delicious, I can attest. 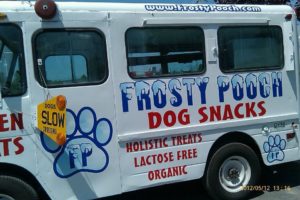 “I’m getting a lot of return customers,” Angela Meyers of the Frosty Pooch, a dog ice cream truck, said.

But Meyers said she’s caught other owners sneaking a nibble of their pup’s treat. “Oh, definitely.”

What is this I don’t even.