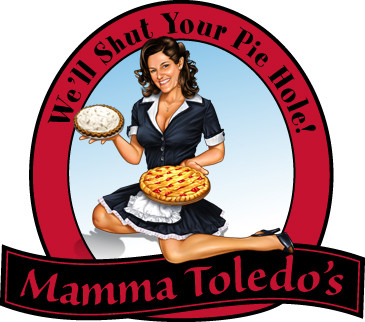 Okay, it might not be the first pie truck to sling sweet treats in the Valley, but Mama Toledo’s is certainly the only one with the phrase, “We’ll shut your pie hole!” as a tagline.

Featuring home made desserts like her Famous Eclairs, and pies including chocolate peanut butter creme and rhubarb crumble, Mama Toledo’s owner and baker, Tonya Saidi, a South Park fan and ex-real estate agent, recently realized her dream of going mobile with the purchase of a 1968 Chevy Step Van and plans to make her debut at the Phoenix Food Truck Festival on Saturday, October 22.

Mama Toledo’s joins Shine Coffee (espresso served from an Airstream trailer) and five other new food trucks as they prepare to motor through the Valley this fall. In the meantime, you can sample Mama Toledo’s wares at Vogava Coffee Roasters on 40th Street and Bell Road, or at the Phoenix Public Market from 4 to 9 p.m. every Wednesday starting in October.