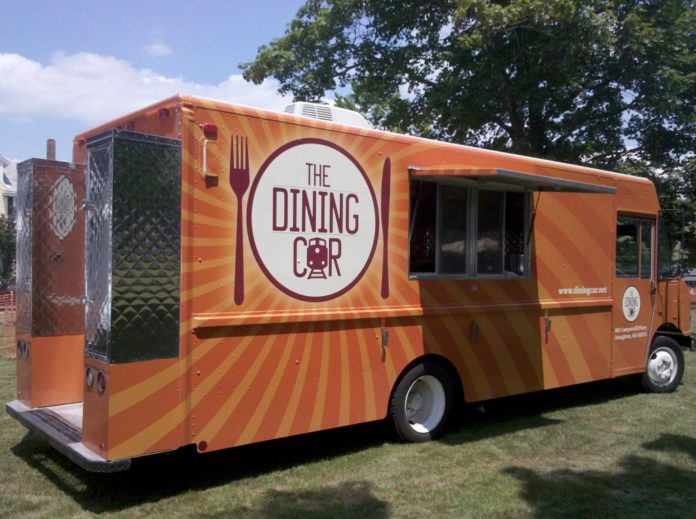 Remember how, in cartoons like Tom and Jerry, you could actually see a good smell? It looked like smoke, undulating through the air as it found the nose. That’s how I imagine the aromas emanating from Boston’s many food trucks these days. It’s a veritable craze: The city, along with the Greenway folks, has added a bunch of new food truck locations this spring. Good thing. At lunchtime, hungry workers from downtown office buildings prowl the streets for sustenance.

On a recent Thursday, many lined up at an orange truck called The Dining Car, in the shadow of the John Hancock Tower, as chef David Harnik and his two assistants served up sandwiches filled with honey truffle goat cheese and grilled chicken with wasabi aioli. The curry-topped crispy cauliflower, whose florets sizzled as they plunged into the fryer, was a big hit. The bread knife sliced through toasted baguettes with a crunch. Customers debated the tastiest menu items. Some unsheathed their meals right then and there and dug in. You’ve heard of farm to table? This was truck to mouth. It is, after all, now Memorial Day weekend. Let the outdoor eating commence.