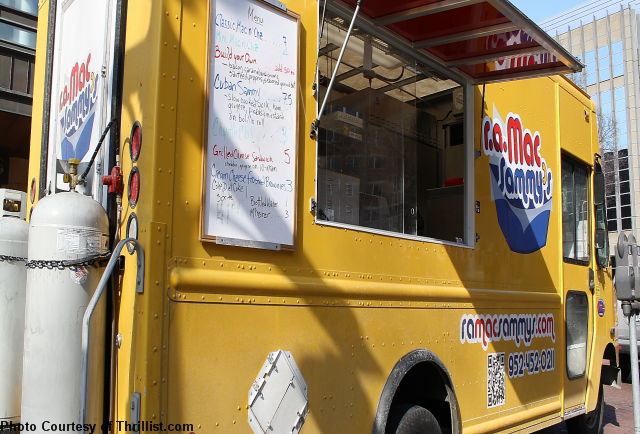 Inspiration can come from the unlikeliest of places. Chef Kevin Huyck got his idea for his food truck from watching an episode of “Royal Pains.” One of the characters on the USA Network show had a food truck that served gourmet mac and cheese, and Huyck took notice.

“I thought, ‘That’s not a bad idea,’ ” says Huyck, who had wanted to open his own restaurant but didn’t have the money. “A food truck specializing in mac and cheese has broad appeal, and there’s nothing like that out there.”

Months later, Huyck is proud owner of R.A. MacSammy’s, a big yellow truck that just started hitting the streets of downtown St. Paul. Besides classic mac and cheese, it offers a rotating list of variations, including Greek mac with onions, tomatoes and kalamata olives; pizza mac with pepperoni; and cheeseburger mac with seasoned ground beef, onions, pickles and a touch of mustard and ketchup. To cover all bases, R.A. MacSammy’s also has sandwiches and wraps.