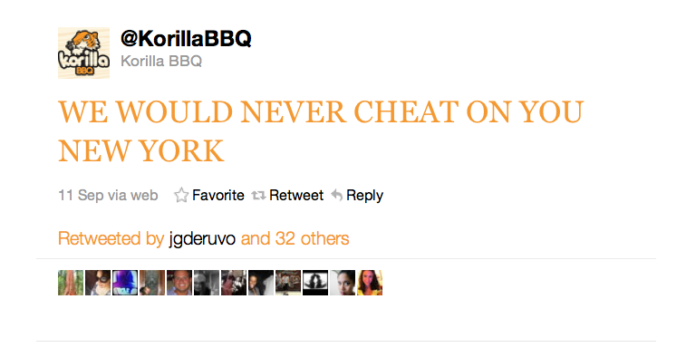 Popular New York City food truck Korilla was booted off Food Network’s “The Great Food Truck Race” after being accused of cooking their books to get ahead in the competition.

The episode was set in Memphis and did not allow the food truck operators to use meat in their creations. At the end of the episode, host Tyler Florence announced Korilla was eliminated from the competition because they had added $2,000 of their own money to the cash register. The discrepancy was discovered when sales receipts did not match the cash on hand.

Because of an agreement with Food Network, “The only thing I can tell you is that I can’t talk to you,” a representative told Gothamist.  We look forward to a formal explanation.