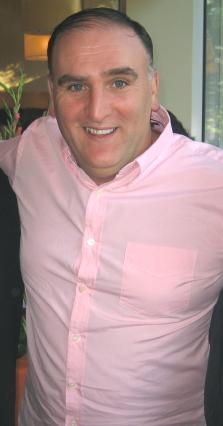 The truck, known as Pepe, specializes in Spanish-influenced sandwiches called flautas, filled with such ingredients as fried chicken breast or a Spanish pork burger. The hard-to-find Spanish Iberico pork meat is featured in one sandwich. The truck is also featuring patatas bravas-style potato chips, nonalcoholic sangria and other treats.

Andres is one of several traditional restaurateurs to go the food truck route in recent months.