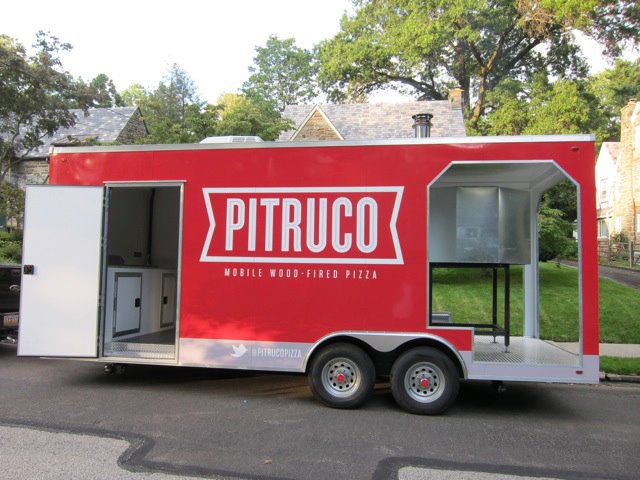 If you went to the Chinatown Night Market expecting oodles of unusual Asian dishes, you may have been disappointed.

If, on the other hand, you went to explore unusual dishes from China, Indonesia, Mexico, the Caribbean, Italy, France and more – and enjoy beer, bubble tea, and Lion Dancing under a harvest moon, you would have been pleased. Thousands were.

A crowd of 10,000 was expected at this, fourth night market planned by The Food Trust, a nonprofit dedicated to bringing affordable, healthy food to neighborhoods throughout the city.

This Philadelphia project is loosely based on the popular night markets in Hong Kong, Taiwan and Vietnam. Those, however, open well before dark and continue to the early hours of the morning.

Here, the markets are meant to showcase a neighborhood,(previously ones this year were in East Passyunk, University City and Mount Airy) bringing together people who might not normally mingle.

The focus is on food (with some arts and crafts and bands) because food is what brings people together the world over, says April White of the Food Trust.

Folks crowded Tenth Street, which was closed to traffic, to browse before ordering from the array of trendy food trucks, many of them new businesses, that lined Tenth Street selling good eats priced at $5 or less.

Still, there were plenty of Chinese offerings. The Chinatown Cafe, whose home base is in Langhorne, sold Beijing noodles, and Hong Kong Bakery of Chinatown made sweet buns and curry fishballs.

For those in the mood for a basic egg roll or wonton soup, almost all the restaurants were open for business as usual.

Yummy Yummy, which has a store on 10th Street, set up shop outside with their (yummy) Chinese Egg Waffles, bite-sized crispy round cakes of sugar, flour, evaporated milk, and eggs, of course. The aroma alone was intoxicating.

These trucks have to pass muster with The Food Trust staff (not to mention the Department of Public Health) before gaining one of the 40 coveted spots at a night market.

Foo Truck made its debut selling Asian-inspired wraps filled with flank steak or honey glazed pork. Owner George Pan, a native of this area, has traveled and cooked widely in South Asia.

Say Cheese, another new truck, allowed customers to pick from a range of breads, cheeses and sauces. Owner Alan Kravitz, of Havertown, who worked in the mortgage business “until that fell apart,” says grilled cheese “is the ultimate comfort food.”

Pitruco Pizza was another of the newbies. It’s run by Jonah Fliegelman and Nathan Winkler Rhoades, a pair of 29-year-olds who were boyhood friends in Germantown.

Rhoades just earned a Ph.D. in psychology from Harvard and would be doing postdoctoral work at the Massachusetts Institute of Technology but that school granted him a one-semester leave so he could “get the pizza thing going,” said his father, who stood on the sidelines. Fliegelman, meanwhile, is a tennis pro with a degree in education from American University.

Are these guys overeducated for the pizza business? Not so, says Fliegelman’s mother, Erika Aaron.

“It’s what President Obama wants: entrepreneurs starting small businesses,” Aaron shouted over the roar of the crowd and the grind of the generators.